I am taking peel 3d to higher grounds … literally!

Envisioning creating a work of art using nature? Learn how one artist used peel 3d to scan an old ash tree outside and transform it into a masterpiece with 3D-printed parts. 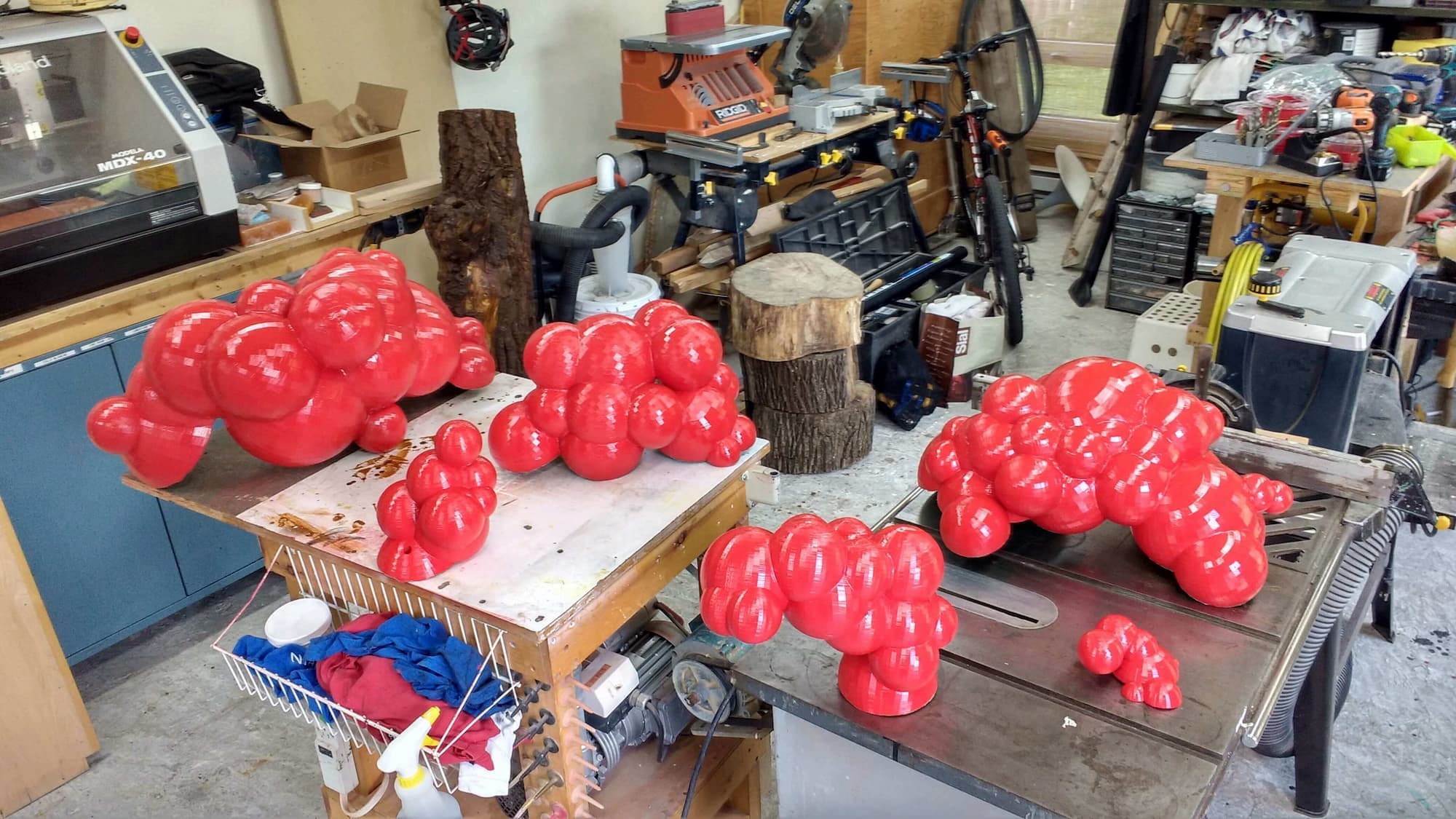 It was a bright sunny day when I arrived on site to give Rino Côté a hand with his artistic project. He said we’ll scan parts of a tree in a nearby public park. It was an old ash tree devastated by the emerald ash borer, a tragedy! Rino planned to turn whatever was left of this once-majestic tree into a work of art. POP! He called it. The idea was to attach the bright-red bubbly foam to certain areas of the tree as if whatever life left in it was slowly fizzing out, ironically making this dead tree look more alive… 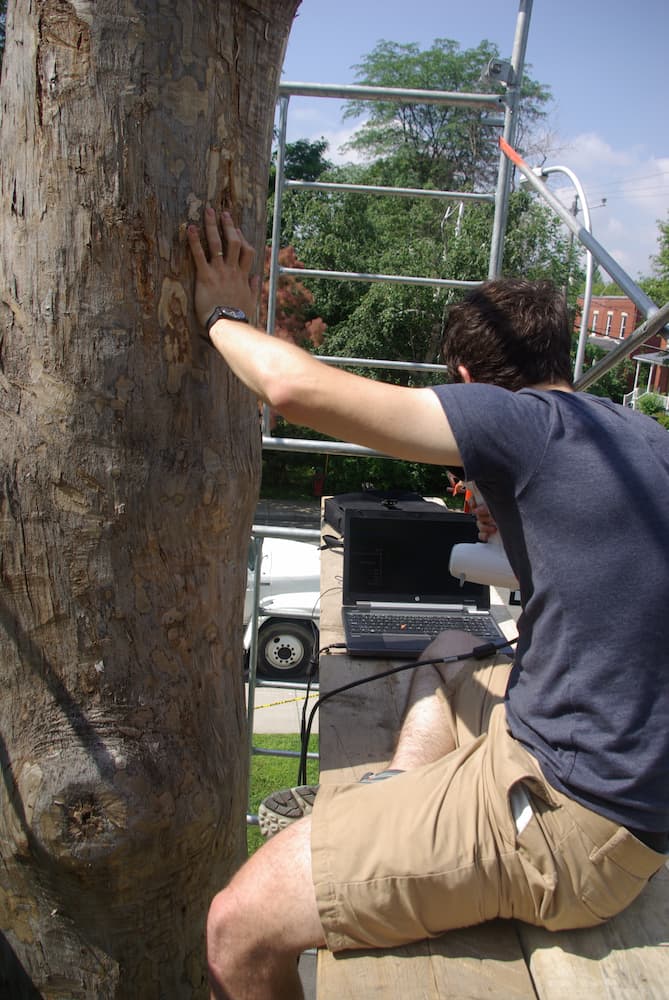 He planned to scan specific areas of the tree and use the 3D data to design custom-made 3D printed parts that would later get attached directly to the wood. The project was challenging and not too far away; I just had to say yes!

The tree had been stripped of its bark and branches, it looked like a telephone pole, but it was only when standing in front of it that I realized the height of the thing; it was huge! A few hours into the project, we were 25 feet in the air, standing on eight-inch planks at the top of the scaffolding. I then realized that I didn’t do so well with heights. Don’t look down, don’t look down… Luckily the scanner was working great! We brought it up with us and scanned the different areas needed for the project.

The sky wasn’t a cloud; it was a hot day. Besides staying well hydrated, we had to provide the scanner with a bit of shade for it to work right. We did use opaque fabric scraps. It was the worst possible light conditions, but it worked hence answering the question: “Can you use peel 3d outside?” We had access to a simple extension cord to power the laptop and scanner; a generator or battery would also have worked. We made it safe and sound.

The different parts were designed using TINKERCAD (for the bubble shapes) and Geomagic (for Boolean operations) and printed in red PLA. All the parts were also prepared and coated with a special varnish UV block for the sometimes harsh weather in Canada before being attached. 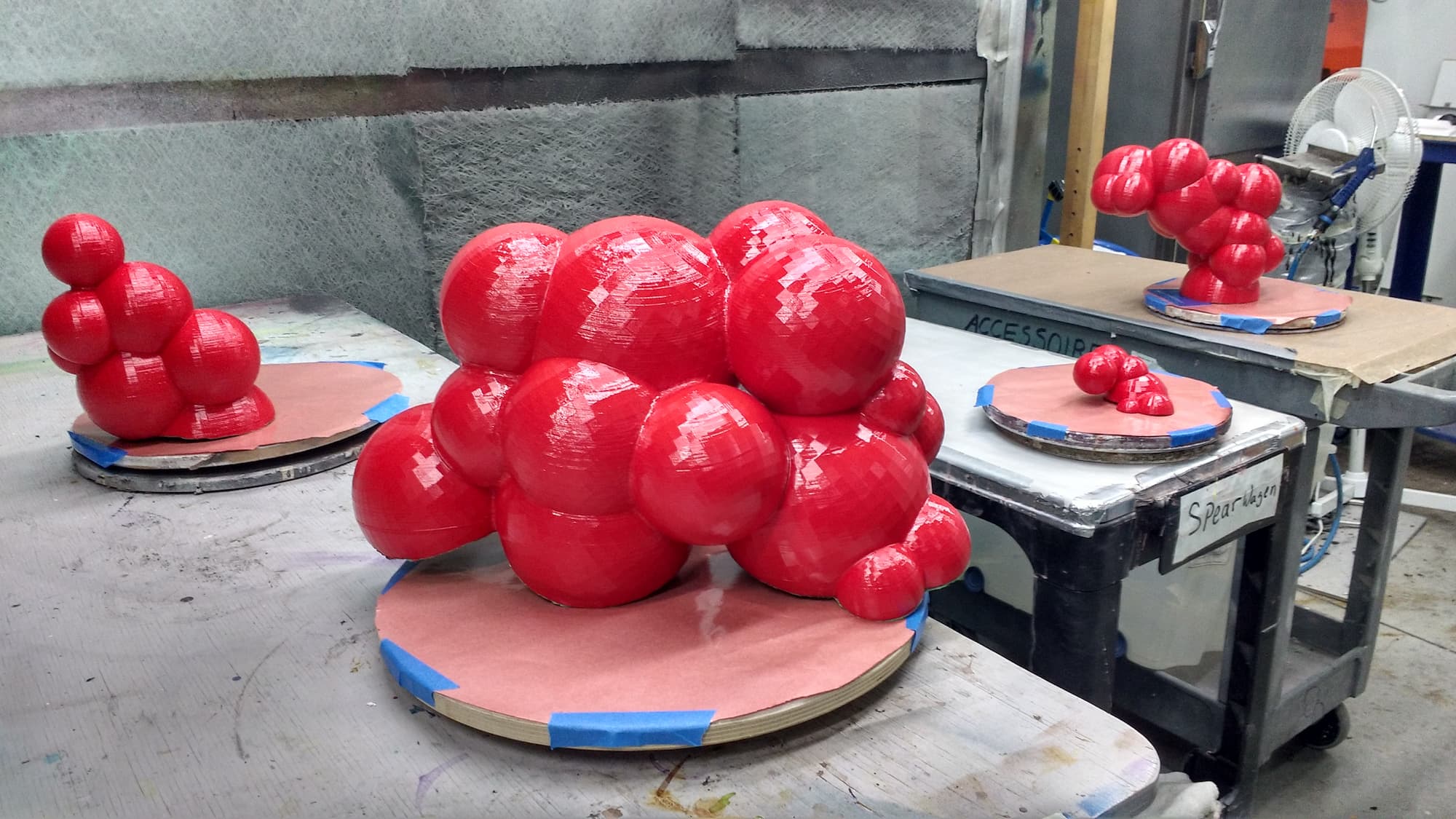 The parts fitted perfectly, and the masterpiece is now complete and “exposed” to the Jacques-Ferron cultural center in Longueuil. Here is the final look: 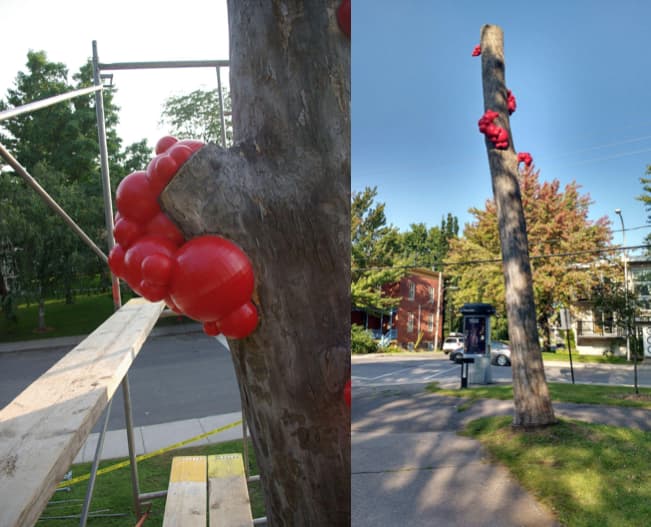 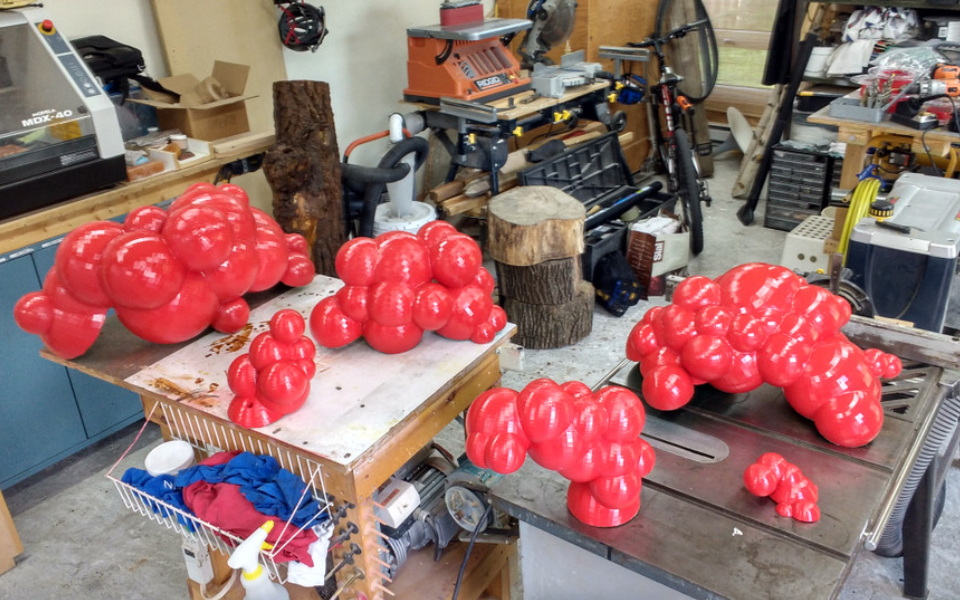